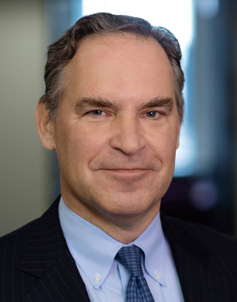 Chambers (High Net Worth category): “He is a big name in this field. . . a polished attorney with a vast knowledge of the financial aspects of his case.”

Spears (“Top Seven US Family Lawyers”): “The go-to for some of New York’s most complex financial cases . . .”

John, who joined the firm in 1996, began his career in the litigation department of Shearman & Sterling (1990-96) including a year as a Shearman & Sterling-sponsored Special Trial Counsel to the New York City Corporation Counsel’s Office.

He has extensive experience and familiarity with complex business valuation issues involving hedge funds, private equity and investment firms, professional practices, and other financial interests. John’s extensive trial experience, and role as lead counsel in some of the largest and most complex matrimonial matters in the country, have earned him a reputation as one of the most financially sophisticated lawyers practicing in the matrimonial area. His reputation and skills often allow him to achieve his clients’objectives through negotiation and without the need to resort to the courts.

John has advised clients in various family law and estate matters in New York and elsewhere in the United States, as well as matters in many non-U.S. jurisdictions, including England, Scotland, France, Germany, Switzerland, Italy, Turkey, Israel, Hong Kong, China, Brazil, Mexico, Venezuela, Columbia, the Cayman Islands, and other jurisdictions.

John also provides non-litigation advice to individuals and families on a broad array of issues, including estate matters, pre-nuptial and post-nuptial agreements, art law, and asset purchases and sales both domestically and abroad.

He has been repeatedly recognized as a “Super Lawyer,” and has been elected as a fellow of the International Academy of Matrimonial Lawyers. John is a former member of the Matrimonial Law Committee of the New York City Bar Association. He frequently lectures on the intersection of family law and trust law, and recently contributed a chapter on New York law to the international treatise Family Law: Jurisdictional Comparisons.

John is the third generation of his family to act as a partner of the firm, and now leads the firm together with his father Michael F. Teitler.