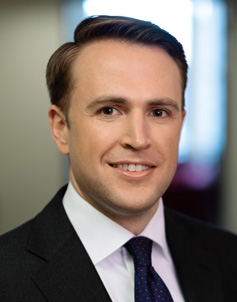 Sean is an associate of the firm and has focused his practice on complex high net-worth matrimonial cases.  He also has participated in the representation of individuals in commercial litigation, international corporate disputes and general civil litigation.

Sean was named a New York Metro Super Lawyers Rising Star in the area of Family Law in 2018 and 2019.